Starting the conversation with friends and family.

Starting the conversation with friends and family.

Once you’ve made the decision to treat your child with Norditropin®, you might wonder when and how to talk to family and friends about your choice. It may be helpful for you to learn how other parents have handled this situation.

Amanda, Shannah, and Shauna—three moms of kids taking Norditropin®—shared their experiences in answering some common questions that you may be facing, too:

Who needs to know my child is taking growth hormone?

“My advice is: There is no “right” or “wrong” approach. First, tell any teachers, coaches, or school nurses who may need to know. Then, it’s up to you and your family to decide. Just trust your gut.”

Amanda is the mom of Emmy, who’s an active gymnast. “When Emmy started using Norditropin®, I informed her teachers and gymnastics coaches. Because of the time she spends in their care, I want them to know she’s on medication and the possible side effects,” she said. “I also discussed it with close family—my mother is trained to give Emmy her injection. And if it comes up in a conversation with a friend, I don’t hesitate to tell them. We don’t actively tell people, but we’re not secretive, either.”

Josh’s mom, Shannah, said, “For us, it made sense to tell the school nurse about his medication.” When it comes to other kids, that’s completely up to Josh. “Now that Josh is older, we let him take the lead about which of his friends he tells about his treatment,” she said.

Aria’s mom, Shauna, has a “the more, the merrier” approach. “I definitely wanted Aria’s teachers to know about her medication, should there be an issue at school, she said. “And we discussed it with parents of her close friends, in case they were around during injection time. Our friends know, as well. Sharing information and being open through the process has been helpful for us.”

What should I say?

Amanda says they typically keep things simple, telling people that Emmy has growth hormone deficiency (GHD), which is a medical condition that she takes medication for.

Shannah’s family was already familiar with GHD—her husband has two friends who were treated for it as children. “We knew about GHD and that it was treatable. So, Josh’s diagnosis was not a surprise,” she said. “When discussing it with others, we just say that for us, the treatment isn’t anything to be concerned about.”

Shauna goes into a bit more detail about growth hormone and why Aria needs Norditopin®. “We find that most people are not familiar with growth hormone,” she said. “So we just explain that her body wasn’t making enough and she needs it to grow in a healthy way. For me, the key was to equip myself with information so I could fully understand and explain the diagnosis and the treatment to others.”

What if I get a negative reaction?

Amanda said, “I’ve never been concerned about the possibility of negative feedback. For me, there is no stigma attached to treating with growth hormone because there was never a question about whether we were doing the right thing. I know that I understand GHD and the treatment much better than whoever might be a little skeptical about our decision.”

Shauna agrees. “We’ve had no negative reactions at all. We made sure everyone in the family had the right information and then went about it in a positive, proactive way. People have understood our decision,” she said.

Go your own way.

Everyone has their own way of discussing personal issues like their child’s health. If you’re thinking about how to tell the people in your life about your choice to treat with Norditropin®, it may help to know you’re not alone, and that these moms have been there, too.

The most common side effects of Norditropin® include:

There are other possible side effects, too. See the complete list in the Prescribing Information. For more information, talk to your health care provider or pharmacist.

Please note that the situations, experiences, and tips described in this article are not intended as medical advice. They are unique to the families depicted and are not necessarily the typical experiences of families with children who have growth hormone–related disorders or are being treated with Norditropin®. Talk to your health care provider regarding the treatment of growth disorders or any health concerns you have.

When you’re new to Norditropin®, the idea of adding an injection to your daily routine may seem…. 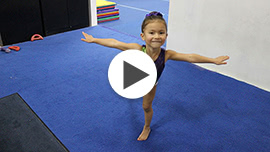 Do not use Norditropin® if: you have a critical illness caused by certain types of heart or stomach surgery, trauma or breathing (respiratory) problems; you are a child with Prader-Willi syndrome who is severely obese or has breathing problems including sleep apnea; you have cancer or other tumors; you are allergic to somatropin or any of the ingredients in Norditropin®; your healthcare provider tells you that you have certain types of eye problems caused by diabetes (diabetic retinopathy); you are a child with closed bone growth plates (epiphyses).

What is Norditropin® (somatropin) injection?
Norditropin® is a prescription medicine that contains human growth hormone and is used to treat:

Before taking Norditropin®, tell your healthcare provider about all of your medical conditions, including if you:

How should I use Norditropin®?

The most common side effects of Norditropin® include:

Norditropin® is a prescription medication.

You are encouraged to report negative side effects of prescription drugs to the FDA. Visit www.fda.gov/medwatch, or call 1-800- FDA-1088.

Talk to your health care provider and find out if Norditropin® is right for you or your child.